In order to complete the autopsy, the investigator must proceed to the opening of the cranium for examination of the brain. The techniques used are numerous, but we would like to suggest one that, in our opinion, appears the simplest for a small rodent.

Keeping the head firmly with the aid of large forceps, the skin must be cut with a median-longitudinal cut from the nape to the snout (Fig. 20) reflecting then the two edges of the skin from one side to the other and then pulling them toward outside so that the investigator might better observe the entire skull. Applying this technique, the eyes together with the Harderian glands, which lie in the orbital cavity behind eye-ball (Fig. 21), will be displayed. Finally, these organs could be examined before the investigator proceeds to opening the skull. 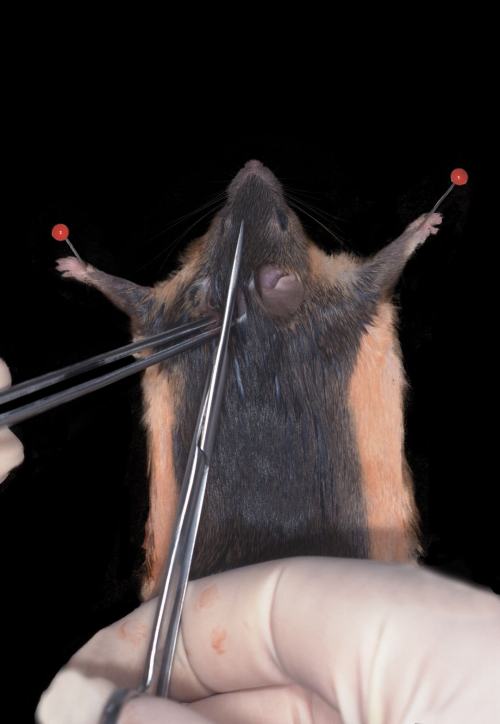 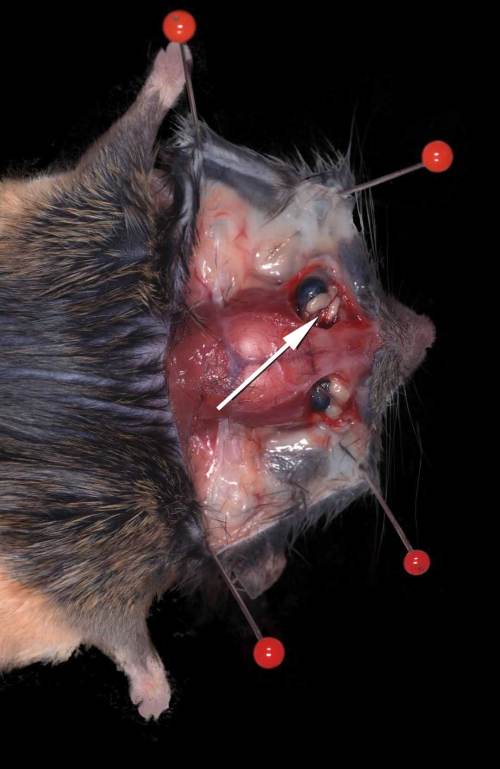 Anatomical outline. The eye, located in the orbital cavity, has a nearly spherical shape and is connected at the back to the distal part of the optical nerve.

The iris is located behind the cornea and consists in a circular disk with a central hole called the pupil.

The lens lies behind the iris and inside the eyeball. It has a nearly spherical shape, and is transparent, uncoloured, of an elastic consistency and occupies almost the entire ocular globe. Due to protein denaturation, the lens might show different degrees of opacity (cataracts).

The cataract is a lesion that might spontaneously appear in an old mouse or as a possible late effect after treatment with radiation. Associated with this lesion, atrophy of the iris is sometimes present. In this case, the investigator will observe a dark radial strips around the pupil together with the presence of spots of pigments in the frontal part of the eye. In the advanced stage of this lesion, the iris can be completely absent or with the presence of some pieces left and located at the pupil edges. Whitish irregular plates might be observed in the central zone of the cornea, mainly in old DBA mice.

Anatomical outline.The Harderian gland (or retro-orbital gland) is located in the orbital cavity behind the eye. It is U-shaped and embraces the ocular globe at the back. Under normal conditions, the gland has a grey colour.

Examination. The benign and malignant tumours of this gland are frequent and they cause, in the majority of cases, the protrusion of the eye from the eyelids. When these masses are very large, they encircle the ocular globe so that they can be easily diagnosed macroscopically. Finally, ulceration of the cornea and conjunctiva is associated to this lesion. 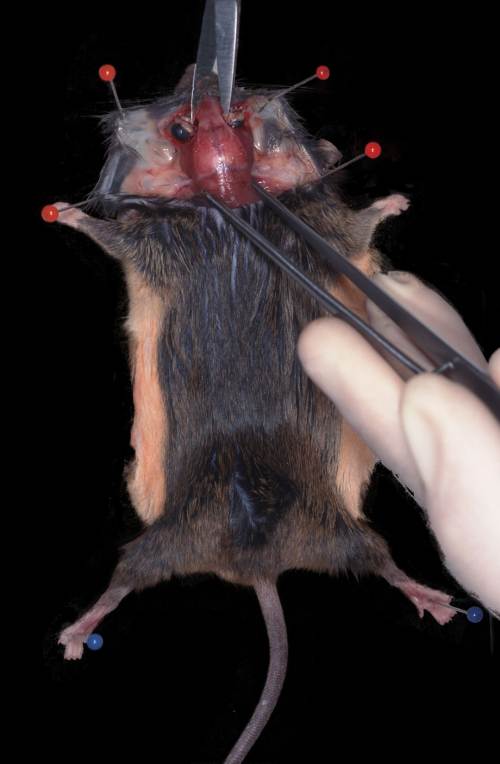 Fig. 22 Opening of the skull 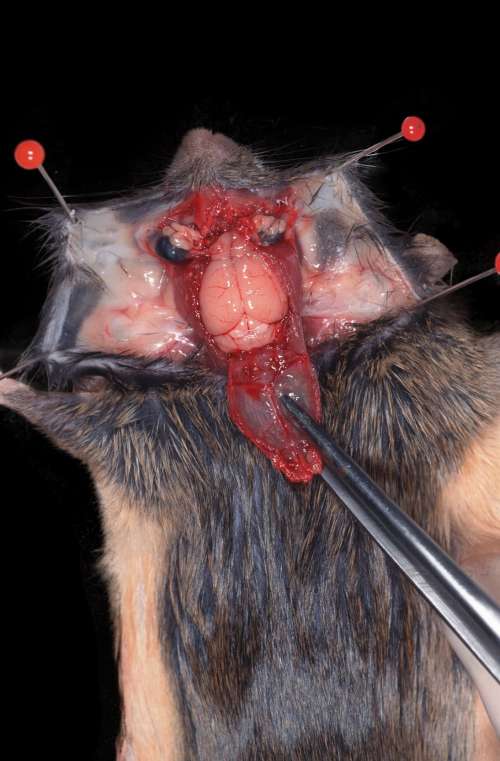 Anatomical outline. The brain represents the main part of the central nervous system (CNS) and it is contained in the cranial cavity. The brain has an ovoidal shape with the longest axis oriented in the skull's caudal direction. Three connective membranes, called meninges, cover the brain. The outer one is the dura mater; it is fibrous, strong and is in direct contact with the inner face of the skull; under this membrane, a thin, transparent, invisible membrane, called the arachnoid, lies. Under this one, the investigator can see the pia mater, highly vascularised and intimately adherent to the surface of the brain.

The investigator will then pass to examine the dorsal surface of the brain which consists of two large hemispheres smooth, of grey colour, both separated by one deep longitudinal channel. The olfactory bulb is located in front of the hemisphere, while the cerebellum is localized at the back. The cerebellum is composed of two small grey hemispheres and one median lobe (vermis) placed between the two hemispheres; it is covered by thin convolutions.

On the inferior surface of the brain, the investigator will observe the medulla oblongata that is in direct communication with the spinal cord.

The pons, composed by a white nervous substance, is located in the cranial part of the spinal cord. The optical chiasma, into which the optical nerves end, is visible more ahead.

In the young-adult mouse the average brain weight is approximately 450 milligrams.

Removal and Examination. The opening of the cranial cavity is carried out using scissors that must be used only for this procedure.

The investigator will make a crosscut at the level of the nasal septum, which divides the two orbital cavities. From this point, paying attention that the scissors do not penetrate the nasal cavity too deeply, the investigator proceeds to cut the occipital and parietal bones (Fig. 22). Afterwards, the skull is removed and the brain and meninges can be seen (Fig. 23).

Diseases of the meninges consist mainly of diffuse haemorrhage for rupture of meningeal vessels. In this case, the presence of circumscribed regions of collected blood, usually in correspondence with the affected lobe, can be seen.

When the skull is completely removed, it is possible also to observe partial or total brain enlargement as in the case of diffuse oedema or for tumours.

In order to complete the examination for other possible diseases, it is necessary to proceed to the removal of the encephalon. The technique consists in raising the brain by gently introducing forceps under the frontal lobe. The nerves and the vessels of the brain base are then cut and, proceeding towards the brain base, the bulb is separated from the spinal cord with a single cut. The encephalon is then removed in toto, so that the cranial base can now be examined with particular regard to the hypophysis (Fig. 24). The investigator will then observe the volume and the shape of this gland that, in normal conditions, is an oblate spheroid with its greater axis perpendicular to the cranial base.. 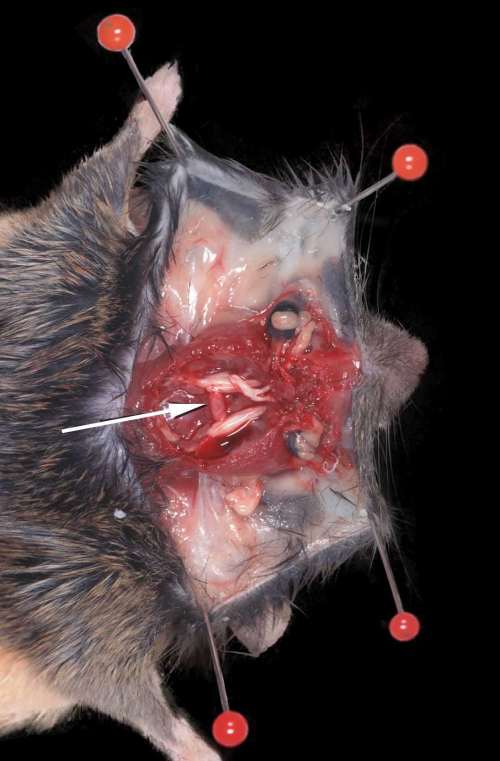 Fig. 24 Observation of the hypophysis after brain removal. (Click on the image for a larger version)

With these manual operations, the investigator's job is completed and it is now the turn of the pathologist, who will carry out another phase of investigation and study for an exact microscopic diagnosis through histological examination.

Preparation of tissues for histopathology

Once the necropsy has been carried out microscopical examination is required. It is very important that appropriate pieces of tissue be taken and these sectioned in the most useful orientation. The following site is a very useful guide to blocking up and cutting tissues from rodents: http://www.ita.fhg.de/reni/trimming/TR_F.htm